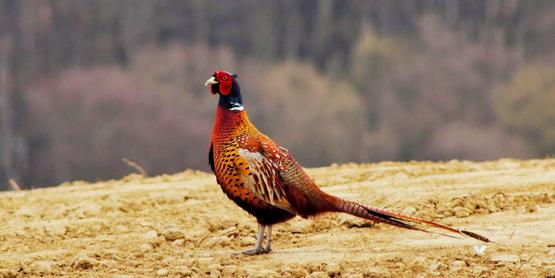 The day old chick program is a great way for youth to get involved with wildlife and the outdoors, while learning the responsibility that comes with raising animals. Wildlife habitat improvement projects can also be integrated into the raise and release program. This program is a free service to qualified peoples of New York and no fee is charged for providing pheasant chicks. Please note that the raised pheasants are to be released onto lands accessible to the public.

Interested Seneca County individuals should contact the Cornell Cooperative Extension of Seneca County (CCE Seneca) office at 315-539-9251 or email seneca@cornell.eduto sign up to participate with a minimum of 50 chicks.

The rearing and release of pheasants does require a great deal of responsibility by both 4-H youth and adults with substantial time commitment. Daily care is necessary to monitor the health of the birds to ensure there is adequate feed and water for the rapidly growing chicks. The birds are brooded until six weeks old and then moved to an outdoor flight pen where they continue to grow and develop their brilliant adult plumage before being released. Release needs to be before the end of the pheasant hunting season.

Participants may choose to integrate other wildlife management strategies such as banding and releasing at different ages and on different site areas to monitor mortality and survival. This varies for different regions of the state. Assistance from organizations such as Pheasants Forever is available to help improve habitat along with cooperative ventures between local sportsman’s clubs and participants. For the past 10 years Seneca County has been one of the top three counties with the number of birds raised and released.

Ring-necked Pheasants stride across open fields and weedy roadsides in the United States, southern Canada and the Finger Lakes area of New York State. They have graced our landscape since 1892 when they were successfully established on Gardiner’s Island, near the eastern end of Long Island. By the1920s they were successfully established across the state. Today more than 50,000 hunters in New York State pursue pheasants annually and harvest approximately 100,000 birds compared to 272,000 in the late 60’s. The population of these birds has declined since the heyday of the late 60’s and early 70’s. Factors that have contributed to this decline are the loss of fallow grasslands for nesting and brood–rearing, decline in grain farming, and commercial and residential development. Hunting remains very popular and is strongly supported by sportsmen and women. Support stems from the state pheasant propagation program. This program started 100+ years ago in Sherburne. Now they are propagated at the Richard E. Reynolds Game Farm located near Ithaca. In 2010, The New York State Department of Environmental Conservation adopted a “Management Plan for Ring-necked Pheasants in New York State”. This updated plan consists of four goals, sixteen objectives, and thirty-three actions to be implemented through 2020 and assumes the current level of staff and fiscal resources for pheasant propagation and management will continue. Support and momentum for increasing the pheasant population is due to your average citizen programs such as the Day Old Pheasant Chick Program and Adult Pheasant Release Program.

Male pheasants sport iridescent copper-and-gold plumage, a red face, and a crisp white collar; their rooster-like crowing can be heard from up to a mile away. The brown females blend in with their field habitat. Introduced to the U.S. from Asia in the 1880s, pheasants quickly became one of North America’s most popular upland game birds. Watch for them along roads or bursting into flight from brushy cover. To help assist with the re-population of this colorful bird, citizens can help by participating in the raising and releasing. Why would someone want to participate you may ask? The rearing is enjoyable, challenging, and teaches youth responsible behavior. Released pheasants offer fall hunting opportunities by providing sportsmen and women the opportunity to enjoy an open field hunting opportunity that is gradually disappearing. Many across the state own and care for gun dogs that are specially trained to hunt and retrieve pheasants or other game birds. The number one reason is that people enjoy seeing and hearing pheasants.

Pheasant Fingers Recipe, For Hunted Birds (birds must be hunted to be eaten) 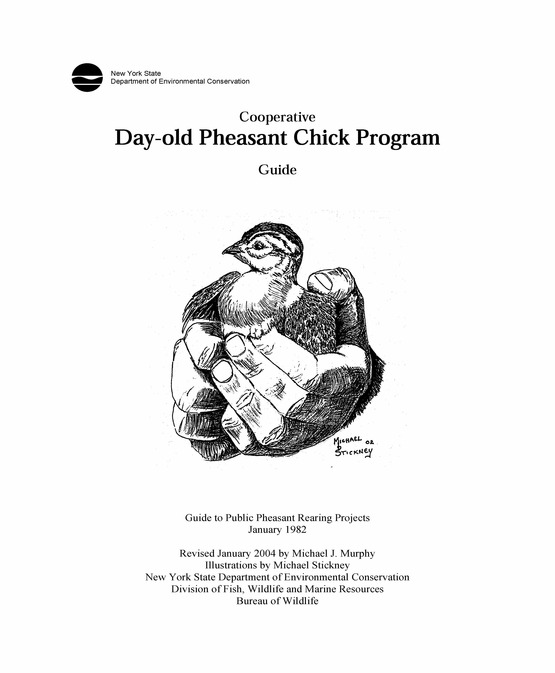 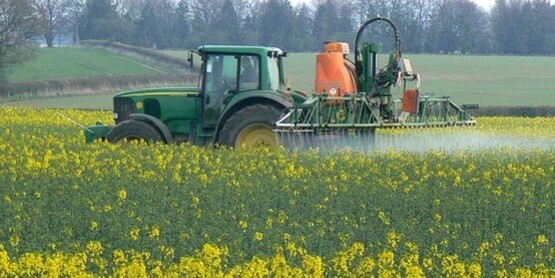