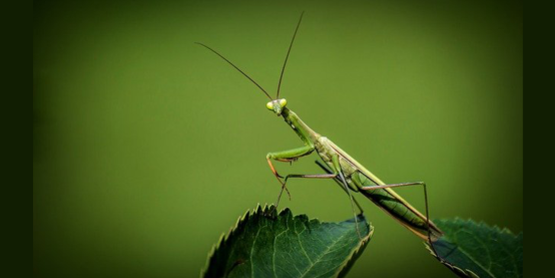 The other day I saw a Praying Mantis that had been accidentally crushed and thought what a loss it was or was it? Praying Mantis (Mantis religiosa) is an insect that was introduced to North America in the late 1800s to help farmers and gardeners get rid of crop and garden pests.

Many of us confuse the word praying in their name with 'preying' because of the insect's efficient predatory nature. As adults their enlarged spiny front legs are well adapted for catching and holding their prey. Today we call them praying mantis because of the position of their front legs when they are stationary which some interpret as folded hands in prayer. The praying mantis are related grasshoppers in the world of insects; both have chewing mouth parts and have wings which allows them to fly when necessary.

The unusual creatures blend well into their surroundings by adapting the colors around them as a chameleon would. Typically, they are green or brown in color and it takes a sharp eye to find them well hidden in plants, flowers, shrubs and even grasses hiding on stems or leaves. They will remain in on the stem or leaf patiently waiting to strike at their prey and can move at approximately one-twentieth of a second! The best time to see them is during the day in spring and summer.

They are fearsome predators and are solitary, according to the NYS DEC website (https://www.dec.ny.gov/animals/58926.html) they will eat insects, spiders, frogs, lizards, and even small birds! The praying mantis are so predatory that if one should happen upon another, one will eat the other.

They have triangular heads with bulging eyes supported on flexible necks. To aid in the efficiency as a predator, they are the only insect that can turn their heads 180 degrees, helping them spot their next meal. Unbelievably, their excellent eyesight allows them to detect movement up to 60 feet away. Praying mantis has an elongated body and will range in size from 3 to 6 inches long.

The adult praying mantis will live in the wild about 1 year. Our winter climate is too harsh for these insects to overwinter; thus it is important for them to reproduce for the next year. The adult females will lay eggs in the fall after mating with adult males. It is not a fable that the female will sometimes cannibalize the male after mating.

The female will deposit between 10 and 400 fertilized eggs into individual compartments in an egg case. These egg cases are fairly recognizable when you know what you are looking for. Their egg cases are straw-colored and look like a piece of shredded wheat breakfast cereal about the size of a child's thumb. They are often found in and on the bark of trees, on stems of tall grasses, under leaves remaining on trees and even on the sides of buildings (https://science.jrank.org/pages/5441/Praying-Mantis-Reproduction.html)

The egg cases overwinter and in the spring the young mantis, called a nymph, hatches from the eggs that survived the winter. The young resemble a small adult but does not have wings.

The praying mantis was designated the official state insect of Connecticut in 1977 and is reported to be the most common insect kept as a pet! There is information on the web regarding keeping praying mantis but I prefer to see them outside in the wild where they fulfill their purpose of seeking insect pests. 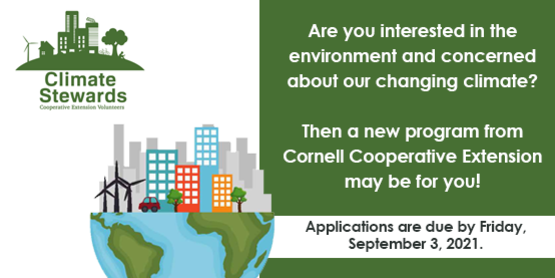