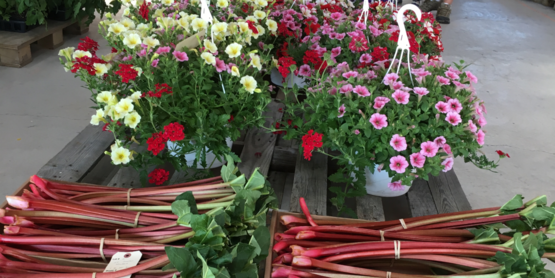 A relatively new way to purchase wholesale produce in New York is through produce auctions.

Produce auctions allow farmers to spend less time on marketing and more time on growing their produce. According to a recent study done by Cornell Cooperative Extension, the Seneca Produce Auction has lead growers to plant more acres of vegetables, leading to an increase in vegetable acres in the area. Growers have also specialized in extending their season due to the price premium growers receive from getting their products to market early. They do this using row covers and hightunnels. They typically have local tomatoes in early May and local sweet corn by the 4th of July.

There are currently six produce auctions in New York State, with two of them being in the Finger Lakes Region. The Seneca Produce Auction is located on Yerkes Rd in Romulus and is open on Tuesday and Friday at 10:00 am, on June 19th they will change their days to Monday, Wednesday and Friday. The Finger Lakes Produce Auction is located on route 14a in Penn Yan and is open Mondays at 10:00 and Wednesdays and Fridays at 9:00. They are a great way to purchase affordable, local wholesale produce. Click on the links below for addresses, contact information, schedules and more a more detailed description of how to purchase at a produce auction.

This document has locations, times and contact information for all the produce auctions in New York State.

How to purchase at the New York State Produce Actions:

This document has detailed instructions for purchasing at a produce auction.